This site does not provide medical advice

Always seek the advice of Olmos Park Physio, your physician or other qualified health provider with any questions you may have regarding a medical condition, treatment, stretches or exercises. Never disregard professional medical advice or delay in seeking it because of something you have read on the Olmos Park Physio Site.

Children's privacy
We are committed to protecting the privacy of children. You should be aware that this Site is not intended or designed to attract children under the age of 13. We do not collect personally identifiable information from any person we actually know is a child under the age of 13.

If you violate any of these Terms and Conditions, your permission to use the Content automatically terminates and you must immediately destroy any copies you have made of any portion of the Content.

Olmos Park Physio, ITS LICENSORS, AND ITS SUPPLIERS, TO THE FULLEST EXTENT PERMITTED BY LAW, DISCLAIM ALL WARRANTIES, EITHER EXPRESS OR IMPLIED, STATUTORY OR OTHERWISE, INCLUDING BUT NOT LIMITED TO THE IMPLIED WARRANTIES OF MERCHANTABILITY, NON-INFRINGEMENT OF THIRD PARTIES' RIGHTS, AND FITNESS FOR PARTICULAR PURPOSE.

Without limiting the foregoing, Olmos Park Physio, its licensors, and its suppliers make no representations or warranties about the following:

Passwords
Olmos Park Physio has tools that allow you to sign up to receive information, record and store information. You are responsible for taking all reasonable steps to ensure that no unauthorized person shall have access to your Olmos Park Physio passwords or accounts.

Indemnity
You agree to defend, indemnify, and hold Olmos Park Physio, its officers, directors, employees, agents, licensors, and suppliers, harmless from and against any claims, actions or demands, liabilities and settlements including without limitation, reasonable legal and accounting fees, resulting from, or alleged to result from, your violation of these Terms and Conditions.

General
Olmos Park Physio is based in Olmos Park, TX.  Olmos Park Physio makes no claims that Olmos Park Physio's, Content are appropriate or may be downloaded in any geographic area. Access to the Content may not be legal by certain persons or in certain countries. If you access the Olmos Park Physio Network, you do so at your own risk and are responsible for compliance with the laws of your jurisdiction.

The following provisions survive the expiration or termination of this Agreement for any reason whatsoever: Liability, User Submissions, Indemnity, Jurisdiction, and Complete Agreement.

Jurisdiction
You expressly agree that exclusive jurisdiction for any dispute with Olmos Park Physio, or in any way relating to your use of the Olmos Park Physio Site, resides in the courts of TX, United States and you further agree and expressly consent to the exercise of personal jurisdiction in the courts of TX, United States in connection with any such dispute including any claim involving Olmos Park Physio or its affiliates, subsidiaries, employees, contractors, officers, directors, telecommunication providers, and content providers.
If any provision of these Terms and Conditions is found to be invalid by any court having competent jurisdiction, the invalidity of such provision shall not affect the validity of the remaining provisions of these Terms and Conditions, which shall remain in full force and effect. No waiver of any of these Terms and Conditions shall be deemed a further or continuing waiver of such term or condition or any other term or condition.

Notice and takedown procedures; and copyright agent
If you believe any materials accessible on or from the Site infringe your copyright, you may request removal of those materials (or access thereto) from this web site by contacting Olmos Park Physio's copyright agent (identified below) and providing the following information:

Olmos Park Physio's agent for copyright issues relating to this web site is as follows: 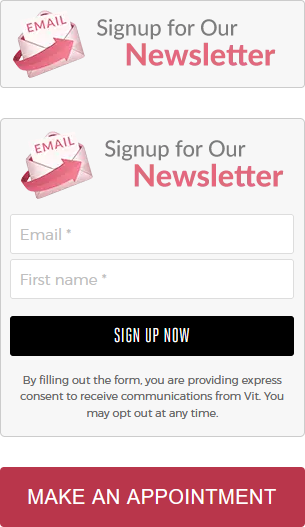